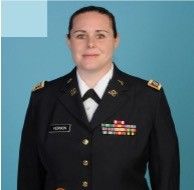 She deployed to Kuwait as the Executive Officer of a Combat Heavy Equipment Transporters Company under Operation Enduring Freedom in 2011.

MAJ Vernon is currently a Logistics Officer in the Maryland National Guard. She joined the North Carolina National Guard in 2003 and received a commission in 2007. She graduated from UNC Chapel-Hill in 2007 with a degree in Linguistics and Public Policy. She received a M.Ed in Secondary Education, Spanish, and ESL from George Washington University in 2011.

When not on military orders, MAJ Vernon serves as the Joint Force Headquarters Sexual Assault Response Coordinator for the Maryland National Guard. Always a teacher at heart, MAJ Vernon served as a Spanish and Special Education teacher at KIPP DC KEY Academy Middle School in Washington D.C. from 2009-2015.

She and her husband have three children and a pit bull. 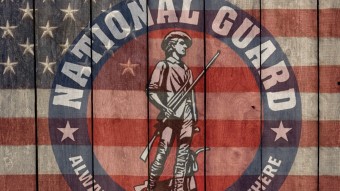