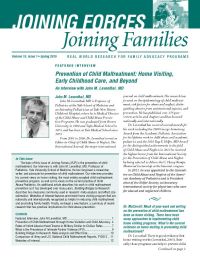 John M. Leventhal, MD is Professor of Pediatrics at the Yale School of Medicine and
an Attending Pediatrician at Yale-New Haven Children’s Hospital, where he is Medical Director of the Child Abuse and Child Abuse Prevention Programs. He was graduated from Brown University in 1969 and Tufts Medical School in 1973, and has been at Yale Medical School since 1973. From 2001 to 2006, Dr. Leventhal served as Editor-in-Chief of Child Abuse & Neglect, The International Journal, the major international journal on child maltreatment. His research has focused on the epidemiology of child maltreatment, risk factors for abuse and neglect, distinguishing abusive from unintentional injuries, and prevention. He has published over 175 peerreview articles and chapters and has lectured nationally and internationally.

Dr. Leventhal has received several awards for his work including the 2008 George Armstrong Award from the Academic Pediatric Association for his lifetime work in child abuse and academic pediatrics and the 2010 Ray E. Helfer, MD Award for his distinguished achievements in the field of Child Abuse and Neglect; in 2012 he received
the highest honor from the International Society for the Prevention of Child Abuse and Neglect by being selected to deliver the C. Henry Kempe Memorial Lectureship at the biennial congress.

In 2011, he was appointed to the Committee on Child Abuse and Neglect of the American Academy of Pediatrics and is President elect of the Helfer Society, an honorary international society for physicians who care for abused and neglected children.