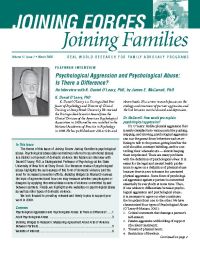 K. Daniel O’Leary is a Distinguished Professor of Psychology and Director of Clinical Training at Stony Brook University. He received the Distinguished Scientist Award from the Clinical Division of the American Psychological Association in 1985, and he was installed in the National Academies of Practice in Psychology in 1986. He has published over 230 articles and eleven books. His current research focuses on the etiology and treatment of partner aggression, and the link between marital discord and depression.