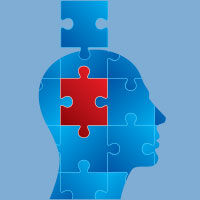 Current and past research studies under the Child and Family program have focused on three content areas (bereavement, combat injury, child maltreatment/neglect):

(http://militarysurvivorstudy.org) The NMFBS is the first scientific study to examine the impact of a U.S. military service death on surviving family members. The goal of the study is to build upon the civilian research literature on bereavement and its impact on survivors and determine how psychological, physical and/or behavioral outcomes of the grieving process are influenced by family members’ pre-existing psychological and physical health, social and grief support, and military-specific factors. The study consisted of three parts: archival data analysis, questionnaire/interviews and biosample (saliva) collection over a period of three years, and focus groups. The longitudinal portion of the study, which consisted of annual interviews over a three-year period, was completed in 2017. Approximately 850 adults and 120 children completed the longitudinal portion of the study, and 981 participants provided saliva samples for analysis of genetic biomarkers associated with bereavement-related outcomes. Findings from the study have informed ongoing discussion to better define diagnostic criteria for a condition of impairing grief. As part a result of this groundbreaking work, the CSTS has partnered with colleagues at Columbia University, New York University, University of Pittsburgh, and the University of California San Diego into developing a proposal for alternate and more clinically-relevant criteria of a persistent grief disorder to be included in future editions of the DSM.

(http://steppingforwardstudy.org/) The Stepping Forward in Grief Study tested two online/app programs that were developed in response to findings from the National Military Family Bereavement Study, which suggested that grief-related challenges among bereaved military survivors can continue, even many years following a loss, and that many survivors desire additional support. This prolonged distress puts them at risk for harmful long-term changes in physical and mental health. Recognizing the need to help bereaved military families and friends, the research team at USU formed a partnership with the Center for Complicated Grief at Columbia University to create a program for bereaved military families and friends to adapt to their loss. Participants who enrolled were randomly assigned to one of two online programs, GriefSteps or WellnessSteps. Both groups had access to guides who could answer questions about the intervention. The goal of the study is to compare whether people vary across groups in grief severity and adaptation to loss. If these programs are successful, they would be a helpful resource for current and future survivors.

The Center for Study of Traumatic Stress and VOICES of September 11 partnered to examine long-term positive and negative bereavement outcomes (including grief, traumatic symptoms, resilience characteristics and post-traumatic growth) following a terrorism-related death. Participants were family members bereaved by the bombing of Air India Flight 182 on June 23, 1985 or by the events of September 11, 2001. Participants completed an online questionnaire about their experiences related to the aftermath of these events and the death of their family member(s). The questionnaire assessed the following: background factors; characteristics of the death; availability of post-death resources; media involvement; memorialization; psychological functioning; and life changes. This information will be used to develop preliminary working models for understanding risk and protective factors for bereaved family members of terrorism-related deaths. These results will inform ongoing research and guide training and counsel for disaster and terrorism victims and their families. Specifically, this work will help identify at-risk groups within the community, and will provide guidance for future policy regarding the delivery of notifications involving human remains identification, which has complex consequences for the traumatically bereaved relatives of terrorism and/or disaster victims.

This study, funded by Sesame Workshop, was the Center for the Study of Traumatic Stress’ (CSTS) Child and Family Program’s preliminary research initiative into the area of family bereavement. It studied the impact of a multimedia program produced by Sesame Workshop in families with young children affected by family member death. The study also addressed the impact of parental death on children and their caretakers in both military and civilian populations by evaluating the helpfulness of a Sesame Workshop DVD and supplemental materials designed for grieving families. The study collected data on the health and well-being of surviving children (ages 2–18). These children lost a parent after September 11, 2001 and the data were observations from their current caretaker

To determine whether military family survivors of suicide, accident and combat deaths use similar or different coping strategies following a death, participant data from the National Military Bereavement Study will be examined in combination with their current measures of grief, depression, coping, hopelessness and reasons for living that will be obtained during an additional follow-up data collection. Changes in coping between the first (NMFBS) data collection and the current one will be assessed in order to identify actionable targets for intervention programs to serve survivors.

Impact of Combat Injury on Military Service Families and Children

In order to determine how combat injury affects family members and their children, three studies were conducted. Families participated in (1) a study conducted at the National Military Family Association Operation Purple Healing Adventures Camps, (2) a longitudinal study comparing combat injured and non-injured families from Walter Reed National Military Medical Center, San Antonio Military Medical Center and Fort Stewart, GA, and (3) FOCUS-CI, a pilot randomized-controlled trial that tested the effectiveness of a newly-developed family-centered, strength-based intervention to be used with severely combat-injured service members and their families. Data collected from these three sources will inform programmatic intervention that can better address the needs of service members and their families.

The goal of this study was to describe the characteristics of substantiated child neglect cases in the Army, and to identify factors within the family, the military community and the civilian community that contribute either to family health or child maltreatment. Data were collected from 1,088 questionnaires representing 26 Army installations in the United States, and 400 records of substantiated child neglect cases around the country. Analyses of these data defined the types, subtypes and severity of neglect occurring within families, highlighting the importance of varied public health strategies to minimize risk.