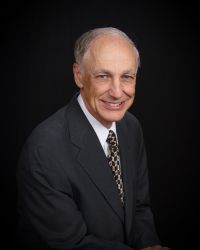 Dr. Ursano is Professor of Psychiatry and Neuroscience at the Uniformed Services University, Bethesda, Maryland. He is founding Director of the Center for the Study of Traumatic Stress and served as the Chairman of the Department of Psychiatry at USU for 25 years (1992-2017). In addition, Dr. Ursano is Editor of Psychiatry, the distinguished journal of interpersonal and biological processes, founded by Harry Stack Sullivan. Dr. Ursano completed twenty years of service in USAF medical corps and retired as Colonel in 1991. He was educated at the University of Notre Dame and Yale University School of Medicine and did his psychiatric training at Wilford Hall USAF Medical Center and Yale University.

Dr. Ursano served as the Department of Defense representative to the National Advisory Mental Health Council of the National Institute of Mental Health and is a past member of the Veterans Affairs Mental Health Study Section and the National Institute of Mental Health Rapid Trauma and Disaster Grant Review Section. He is a Distinguished Life Fellow in the American Psychiatric Association. He is a Fellow of the American College of Psychiatrists.Dr. Ursano was the first Chairman of the American Psychiatric Association’s Committee on Psychiatric Dimensions of Disaster. This work greatly aided the integration of psychiatry and public health in times of disaster and terrorism. Dr. Ursano was an invited participant to the White House Mental Health Conference in 1999. He has received the Department of Defense Humanitarian Service Award and the highest award of the International Traumatic Stress Society, The Lifetime Achievement Award, for “outstanding and fundamental contributions to understanding traumatic stress.” He is the recipient of the William C. Porter Award from the Association of Military Surgeons of the United States, and a frequent advisor on issues surrounding psychological response to trauma to the highest levels of the US Government and specifically to the Department of Defense leadership.

Dr. Ursano has served as a member of the National Academies of Science, Institute of Medicine, Committee on Psychological Responses to Terrorism, Committee on PTSD and Compensation and the Committee on Nuclear Preparedness; and the National Institute of Mental Health Task Force on Mental Health Surveillance After Terrorist Attack. In addition he is a member of scientific advisory boards to the Secretary of Health and Human Services and the Centers for Disease Control. In 2012, Dr. Ursano was awarded the William C. Menninger Memorial Award for distinguished contributions to the Science of Mental Health by the American College of Physicians. In 2014, Dr. Ursano and Dr. Matthew Friedman of the VA National Center for PTSD co-founded The Leahy-Friedman National PTSD Brain Banksupported through Senator Patrick Leahy (D-VT). It is the first human brain bank dedicated to PTSD. This joint effort of many people was a 12 year project developing concepts, pilot data and support. Dr. Ursano has more than 300 publications. He is co-author or editor of eight books.

Visit ResearchGate for a list of Dr. Ursano's publications