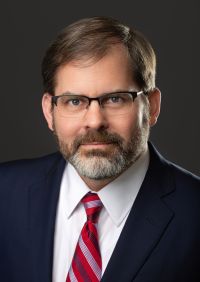 Dr. West is Associate Professor of Psychiatry and a Scientist at the Center for the Study of Traumatic Stress, Uniformed Services University of the Health Sciences.  He earned his Bachelor of Science in Engineering from the United States Naval Academy in 1989 and served eight years as a submarine warfare officer in the Navy prior to earning his M.D. from the University of Michigan Medical School in 2001.  He completed residency training in psychiatry at Naval Medical Center Portsmouth, Virginia.  He has worked as a military psychiatrist with First Marine Division in Camp Pendleton, California and National Naval Medical Center, Bethesda, Maryland.  He deployed in 2006 to Fallujah, Iraq as Operational Stress Control and Readiness (OSCAR) psychiatrist for Regimental Combat Team 5 and in 2010 to Helmand Province, Afghanistan as Combat and Operational Stress Control Officer for Combat Logistics Regiment 15.  He served on the leadership team integrating National Naval Medical Center with Walter Reed Army Medical Center as Assistant Deputy Commander and Deputy Commander of Behavioral Health.  In 2013, he joined the faculty of Uniformed Services University of the Health Sciences where he has continued to work following retirement from the Navy in 2019.

Dr. West is a Distinguished Fellow of the American Psychiatric Association and currently serves on the APA Committee on the Psychiatric Dimensions of Disasters.  He currently heads the CSTS Clinical Research group, and has completed clinical trials of riluzole and losartan for treatment of PTSD.  He has also published articles on the use of large-scale simulation in medical education and mass casualties.  His professional interests include improving assessment methods in psychiatry education, improving communication between physicians and patients around health risk behaviors, and translating understanding of biological underpinnings of PTSD and trauma-related disorders into more effective treatments.

Visit ResearchGate for a list of Dr. West’s publications.