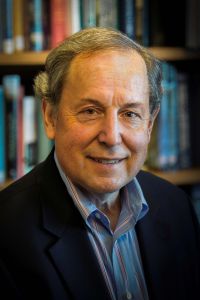 Dr. Regier is currently a Senior Scientist at the Center for the Study of Traumatic Stress, in the Henry M Jackson Foundation for the Advancement of Military Medicine and Department of Psychiatry, Uniformed Services University. He also serves as an independent senior scientific consultant to the American Psychiatric Association (APA) on DSM-5 and research related issues.

In March 2014, he completed fourteen years as APA’s Research Director and also as Director of the American Psychiatric Institute for Research and Education (APIRE).  A principle responsibility was to coordinate the maintenance and revision plans for the APA’s fifth edition of the Diagnostic and Statistical Manual of Mental Disorders (DSM-5). In 2006, he was named Vice-Chair of the DSM-5 Task Force to work jointly with the Task Force Chair, Dr. David Kupfer — DSM-5 was published in May 2013 with over twenty international language translations in progress.

Prior to taking this position, Dr. Regier completed twenty-five years at the National Institute of Mental Health (NIMH), during which time he directed three research divisions in the areas of epidemiology, prevention, clinical research, and health services research. He initiated the development of several areas of research including national surveys of mental disorder prevalence and service use, including the Epidemiologic Catchment Area (ECA) program, mental health service use in primary care and specialty settings, the organization and financing of such services, and international programs on the classification of mental disorders with the World Health Organization. He served as the Scientific Coordinator/Director for four National Advisory Mental Health Council reports to Congress on mental health insurance parity that resulted in the Federal Employees Health Benefit (FEHB) mental health parity benefit in 2001. The FEHB and additional directed APIRE research on parity were instrumental in passage of the U.S. national Mental Health Parity and Addiction Equity Act of 2008 (MHPAEA).

Dr. Regier has published over 200 scientific articles, book chapters, and monographs and has been active as a reviewer and editorial/scientific advisory board member of numerous professional journals. He recently completed a twenty-year tenure as American Editor for the journal, Social Psychiatry and Psychiatric Epidemiology.

Dr. Regier received his medical degree from the Indiana University School of Medicine and completed his medical Internship at Montefiore Hospital in the Bronx. After a psychiatry residency at the Massachusetts General Hospital (MGH)/Harvard Medical School, he completed his research training at the Harvard School of Public Health and a Fellowship at MGH. At the completion of his NIMH service, Dr. Regier retired as a Rear Admiral and Assistant Surgeon General in the Commissioned Corps of the United States Public Health Service.

Visit ResearchGate for a list of Dr. Regier's publications.