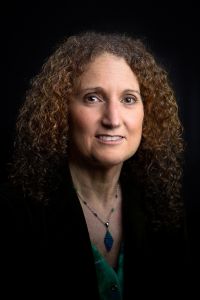 Carol S. Fullerton, PhD is Research Professor, Department of Psychiatry, Uniformed Services University, and Scientific Director of the Center for the Study of Traumatic Stress. Dr. Fullerton is widely published in the areas of post-traumatic stress disorder and the behavioral and psychological effects of disasters, war, terrorism, family violence, child neglect, bereavement, and suicide. She has over 230 publications and is editor on five books. Dr. Fullerton’s articles are widely cited for her contributions to government planning and developing response capabilities to disasters, war, deployment, and terrorism.

Dr. Fullerton has been Principal Investigator on a number of externally funded grants and is an Investigator on the Army STARRS project to study suicide, risk, and resilience in Army soldiers. She has extensive experience in epidemiological studies of trauma and in developing and disseminating educational materials to assist communities, families and individuals exposed to trauma events. Dr. Fullerton has conducted empirical investigations and provided consultation to disaster and traumatic events including work with soldiers and spouses following deployment, families of injured soldiers, bereaved families, and disaster workers and spouses. She developed an intervention for Mortuary Affairs soldiers returning from deployment and their spouses. Dr. Fullerton was a national consultant for planning research programs following the September 11th terrorist attacks and developing educational materials that were some of the most widely disseminated throughout the nation.

Dr. Fullerton’s research and consultation to disaster populations was recognized by the awarding of the Department of Defense Meritorious Service Medal, and the USUHS Exceptional Service Medal. Dr. Fullerton is recipient of the James Leonard Award for Excellence in Clinical Research, USUHS.

Visit ResearchGate for a list of Dr. Fullerton’s publications.