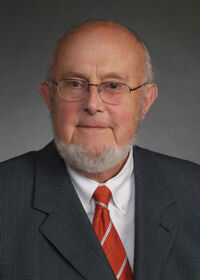 Dr. Crowley is an Adjunct Professor in the Department of Psychiatry at the Uniformed Services University. A Yale Medical School graduate, he has practiced clinical and forensic psychiatry in the Washington metro area for over half a century. He has taught USU medical students and others as voluntary faculty since 1991, and was honored by APA's Roeske Award for Excellence in Medical Student Education.

From 1995 to 2014 he served half-time as psychiatrist to the Department of Defense, working in the Deployment Health Clinical Center at Walter Reed. From 2012-2014 he served as psychiatrist to STEPS-UP, a collaborative care study serving returning warriors in six active duty military installations. Prior research service studied PTSD and motor vehicle accidents with a USU team, chaired by Dr. Ursano in collaboration with Suburban Hospital.

He twice chaired the Department of Psychiatry at Suburban Hospital, Bethesda, MD.

In his forensic career, he continues to serve as consultant, examiner, and expert witness to attorneys in several states, federal courts, and military courts martial. He served on the Executive Council of the American Academy of Psychiatry and the Law from 2007 to 2010.

Currently he frequently provides expert consultation in security clearance matters both for government agencies and for individuals and their attorneys.

A past president of the Washington Psychiatric Society, he also chaired its Ethics Committee; is a Distinguished Life Fellow of APA; and Psychoanalytic Fellow of the American Academy of  Dynamic Psychiatry and Psychoanalysis.